Closed group & Not managed by BDEIG, but many guild members participate 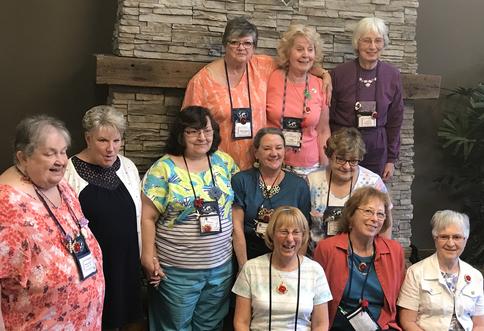 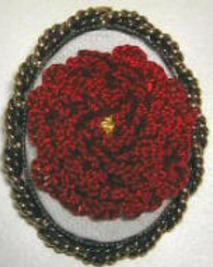 She stitched a red rose and made it into a pin which was presented to a seminar participant who inspired others with her enthusiasm and willingness to pitch in and help.

The rose was a reminder of Florence's good friend Judy Jensen who had been an inspiration to Florence to learn and enjoy Brazilian embroidery.

Judy was a charter member of BDEIG but passed away during our first year.  Elaine Buttrick received the first Judy Jenson award.  She had come all the way from England for the seminar and really did inspire us all with her enthusiasm.

Judy's daughter K.K. Byrnes and Evelyn DeVries put the lovely pin together for the recipients each year.  The honorees wear them on their seminar badges.

Each year the board chooses a recipient to recognize for their contributions to the guild and positive attitudes.

Notice the red rose pins in the photograph.  lovely!